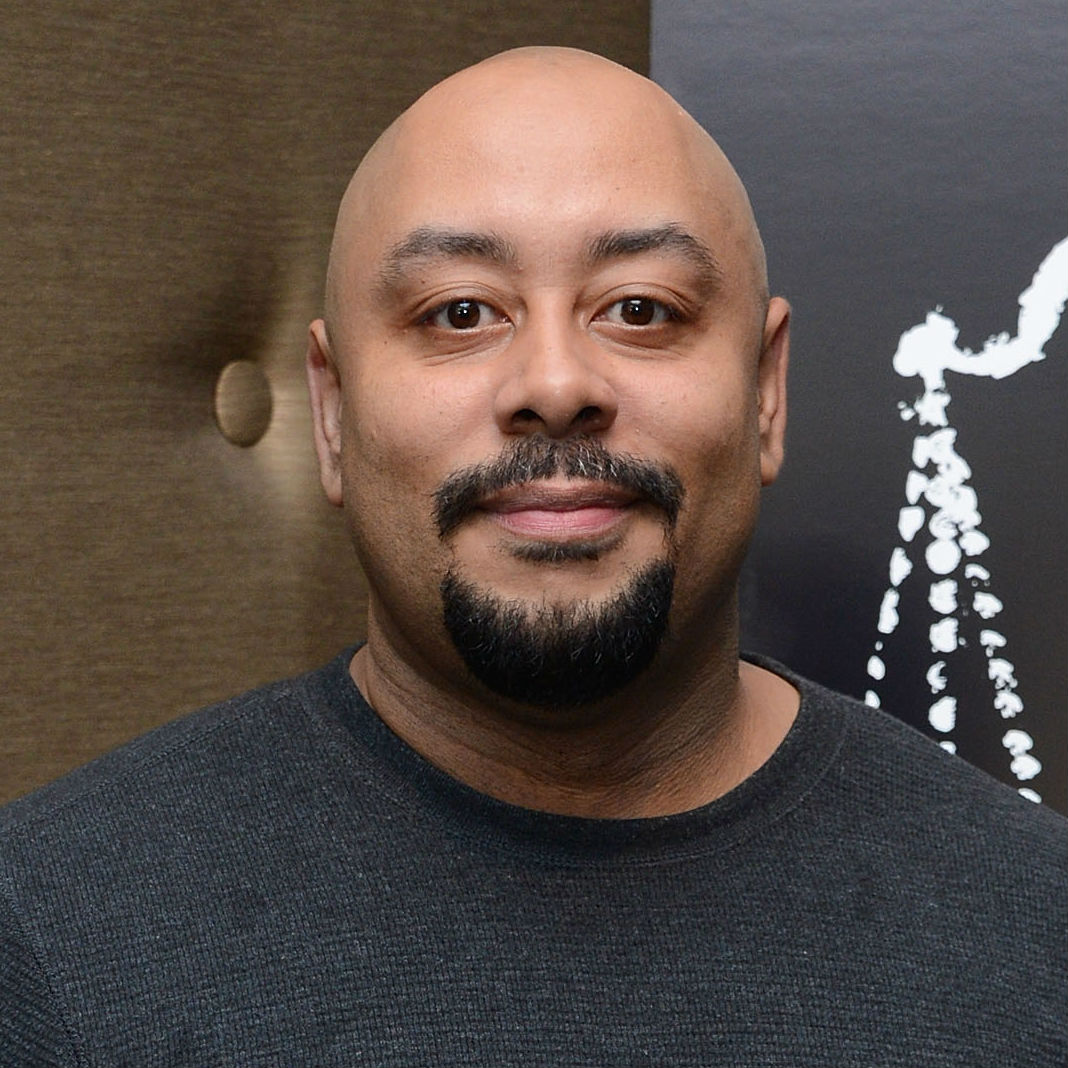 On the night of April 19, 1989, a young woman was brutally attacked and raped in Central Park. When she recovered, she had no memory of the assault. Five boys, including Raymond Santana, were tried and convicted of the crime in a frenzied case that rocked the city. At the time, the defendants were between 14 and 16 years of age. They became known collectively as “The Central Park Five.”

On December 19, 2002, the convictions of the five men were overturned. The unidentified DNA in the Central Park Jogger Case – unlinked to any of the five – had finally met its owner, a convicted murderer and serial rapist who confessed. Santana had spent five years in prison for a crime he did not commit.

Now known as “The Exonerated Five,” the group has been committed to advocating and educating people on the disparities in America’s criminal justice system. The investigation of this conviction has raised questions regarding police coercion and false confessions, as well as the vulnerability of juveniles during police interrogations.

Santana tweeted award-winning director Ava DuVernay about the story of the Central Park Five, which led to it becoming the subject of the hit Netflix series, When They See Us. The four-part series not only became one of Netflix’s most-watched shows, but it also earned the streaming giant its most Emmy nominations with a total of 16.

Santana now works closely with the Innocence Project and is a member of the New York City Justice League. He owns the clothing company Park Madison NYC, named after his home city of New York. 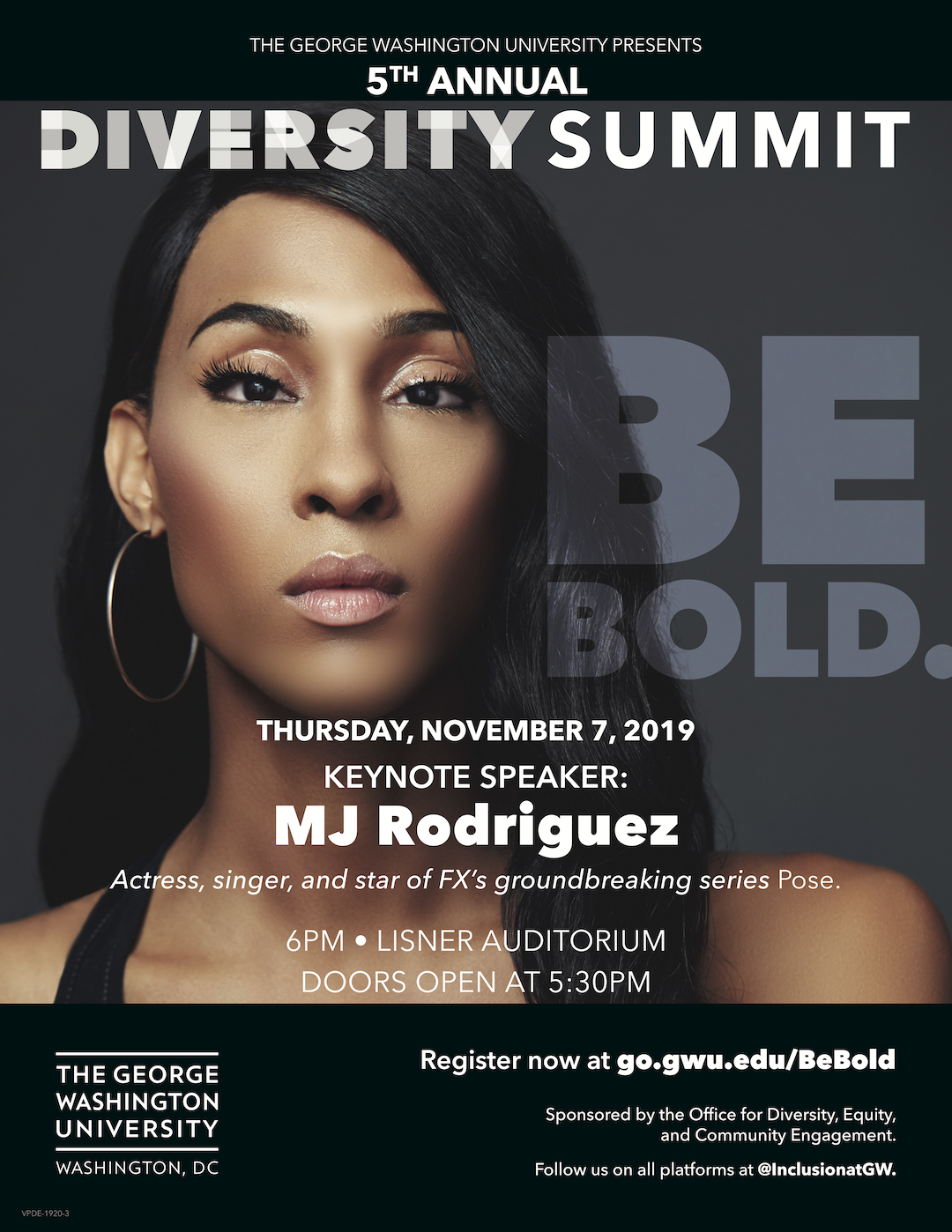 She historically won the 2019 Imagen Award for Best Actress in Television.

Born and raised in Newark, New Jersey, Rodriguez made her Off-Broadway debut in New World Stages production of RENT as Angel, before continuing onto New York City Center to star in Encores! production of Runaways.

In 2018 she made her Tribeca Film Debut starring in the indie film “Saturday Church,” a performance which garnered her a Tribeca Film Festival Nomination for Best Actress.

Her other television credits include: Nurse Jackie and Marvel’s Luke Cage. 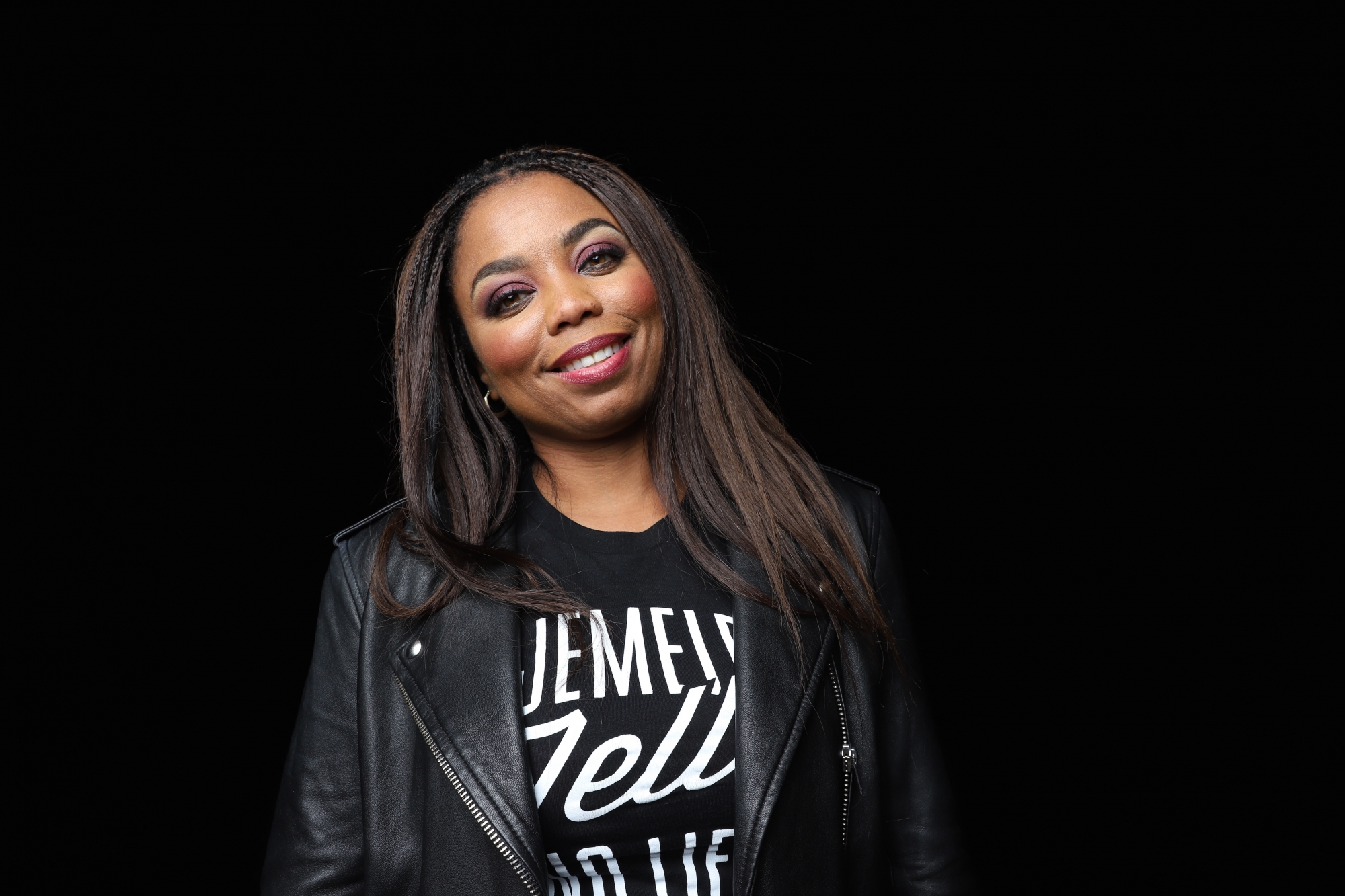 Emmy Award winning journalist, Jemele Hill is the Co-founder of Lodge Freeway Media and a staff writer for The Atlantic.

Prior to joining The Undefeated, Hill co-anchored SportsCenter for a year with her longtime friend and colleague Michael Smith.  SC6 with Michael & Jemele debuted in February 2017 as a more personality driven approach to the traditional 6 p.m. SportsCenter. Focusing on sports, music, movies and more, SC6 was born from Hill and Smith’s popular His & Hers podcast and weekday television show, which debuted on ESPN2 in 2014.

In August 2018, the National Association of Black Journalist awarded Hill with Journalist of the Year Award. In July 2016, Hill participated in The President and the People: A National Conversation – a one-hour town hall with President Barack Obama on race relations, justice, policing and equality .

A native of Detroit, Hill is a Michigan State Alum. 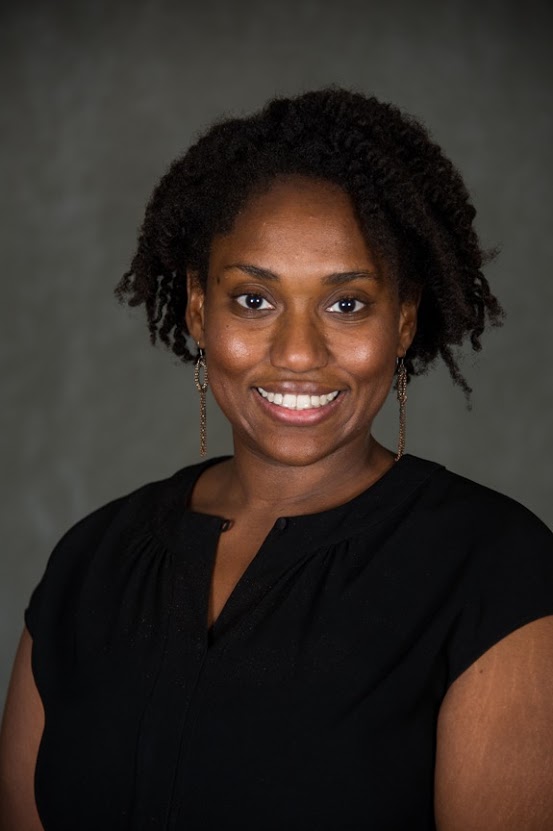 Marcia Chatelain is Associate Professor of History and African American Studies at Georgetown University.  The author of South Side Girls: Growing up in the Great Migration from Duke University Press, she teaches about women’s and girls’ history, as well as the history of black capitalism.  She is currently working on the book From Sit-In to Drive Thru: Black America and Fast Food in an Age of Crisis, which is under contract with Liveright Publishing, a division of Norton and Company.  Chatelain’s book will examine the intricate relationship among African American politicians, civil rights organizations, communities, and the fast food industry. Chatelain has published pieces in TheAtlantic.Com, The Washington Post, and The Chronicle of Higher Education.  She has also contributed to the popular podcast, “Undisclosed,” serving as the resident historian on a narrative arc about the 2015 killing of Freddie Gray by members of the Baltimore Police Department.  In 2016, the Chronicle of Higher Education named her a Top Influencer in academia. During the 2017-2018 academic year, she will be on leave from Georgetown with support from a National Endowment for the Humanities Faculty Fellowship. 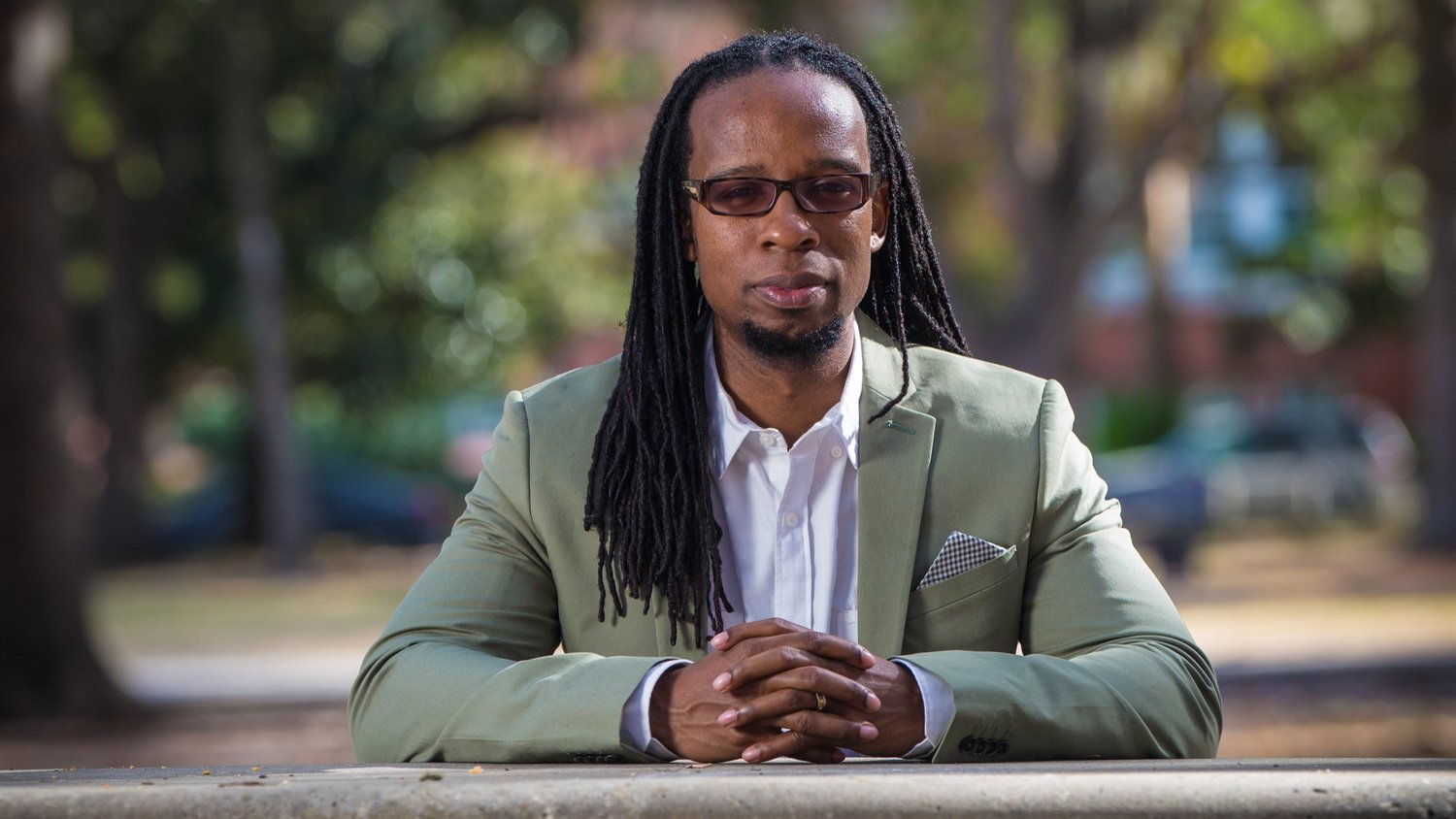 Ibram X. Kendi, an award-winning historian and New York Times best-selling author, is Professor of History and International Relations and the Founding Director of the Antiracist Research and Policy Center at American University. His second book, Stamped from the Beginning: The Definitive History of Racist Ideas in America, was published by Nation Books and won the 2016 National Book Award for Nonfiction. At 34 years old, Kendi was the youngest ever winner of the NBA for Nonfiction. He grew up dreaming about playing in the NBA (National Basketball Association), and ironically he ended up joining the other NBA.

Kendi is a hardcore humanist and softcore vegan who enjoys joking it up with friends and family, partaking in African American culture, weight lifting, reading provocative non-fiction books, discussing the issues of the day with open-minded people, and hoping and pressing for the day the New York Knicks will win an NBA championship and for the day this nation and world will be ruled by the best of humanity. 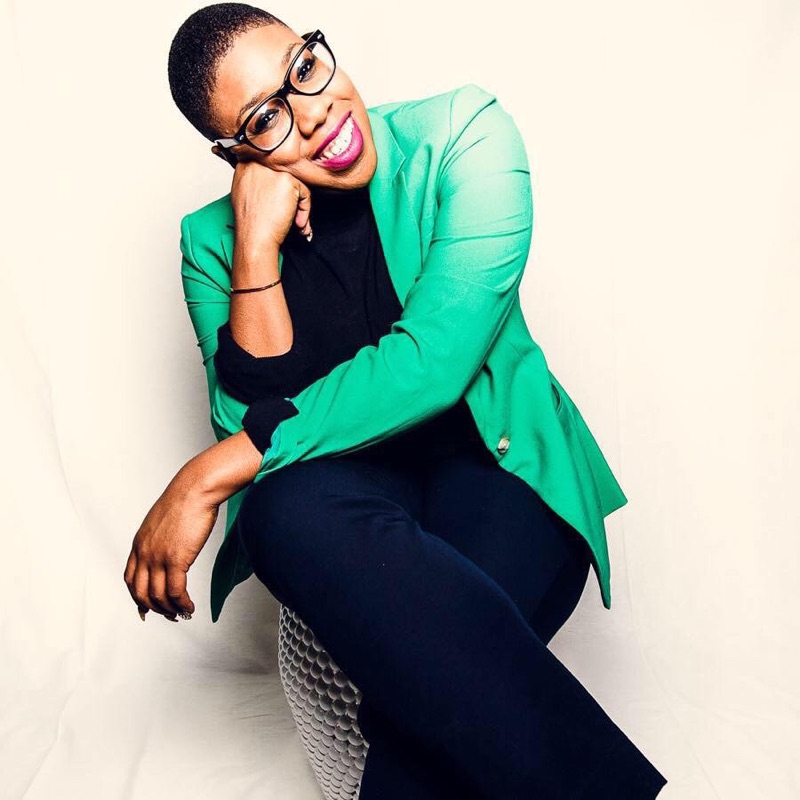 Symone Sanders champions inclusivity, encouraging you to embrace diverse voices and perspectives in the pursuit of building and extending strong communities that will help change the world.

A democratic strategist and CNN political commentator, Symone rose to prominence as the press secretary for U.S. Sen. Bernie Sanders’ presidential campaign. At 25, Symone demonstrated an uncanny command of the issues, earning her a place in history as the youngest presidential press secretary on record. A communicator with a passion for policy and juvenile justice reform, Symone is the immediate past chair of the Coalition for Juvenile Justice’s Emerging Leaders Committee and former member of the Federal Advisory Committee on Juvenile Justice. Through her involvement with CJJ and the FACJJ, Symone worked to raise the profile of young voices in the fight for juvenile justice reform and bring millennial perspectives to policy conversations.

Now, Symone draws from her experience on the national stage to provide perceptive analysis on political and social issues. Her lively presentations challenge the conventional wisdom that strong communities are only defined by what we have in common. Instead, she outlines the way our differences contribute to effective social movements.

Symone’s cogently constructed messages and polished delivery embolden participants to envision a better future and confidently do things that have never been done before. 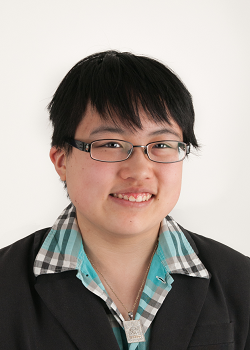 Lydia X. Z. Brown is a disability justice advocate, organizer, and writer whose work has largely focused on violence against multiply-marginalized disabled people, especially institutionalization, incarceration, and policing. They have worked to advance transformative change through organizing in the streets, writing legislation, conducting anti-ableism workshops, testifying at regulatory and policy hearings, and disrupting institutional complacency everywhere from the academy to state agencies and the nonprofit-industrial complex. At present, Lydia serves as founding board member of the Alliance for Citizen-Directed Services, stakeholder representative to the Massachusetts One Care Implementation Council overseeing health care for Medicaid/Medicare dually-eligible individuals, and board member of the Autism Women’s Network. Lydia recently completed a term as Chairperson of the Massachusetts Developmental Disabilities Council, serving in that role from 2015 to 2017 as the youngest appointee nationally to chair any state developmental disabilities council. In collaboration with E. Ashkenazy and Morénike Giwa-Onaiwu, Lydia is the lead editor and visionary behind All the Weight of Our Dreams, the first-ever anthology of writings and artwork by autistic people of color, published by the Autism Women’s Network in June 2017.