When Dr. Jordan S. West taught Black Feminist Theory—Lemons into Lemonade: Black Women in the U.S. during the Fall 2019 semester, her students were surprised to learn an unknown piece of history: the story of the late Judge Leah Brock McCartney, the first Black woman to graduate from the George Washington University.

Inspired by McCartney’s historic role at GW, Naseem Haamid, CCAS B.A. ’21, and Owen Manning, GWSB B.B.A. ’21, developed a vision to share this important information in the form of art — through a mosaic on GW's campus. As the course ended and the nation reckoned with racial injustice after the murder of George Floyd and multiple Black women, Black trans people, and Black men, Haamid and Manning moved forward with fundraising for the public art piece by spreading awareness of Judge McCartney and honoring the legacy of Black women at GW.

Local Black woman artist Chanel Compton has designed a rendering of the ceramic tile and glass mosaic, which would measure approximately 17 x 34 feet and be installed on the eastern façade of the Gelman Library, where it would be visible from H Street and Kogan Plaza in the heart of GW’s Foggy Bottom Campus.

This project needs the support of the GW community to make it a reality. Show your support for honoring Judge McCartney, GW's first Black alumna, and the legacy of Black women at GW by donating to the project.

Read more below about Judge McCartney, the creators, the artist, and the mosaic. 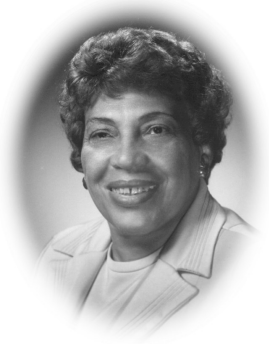 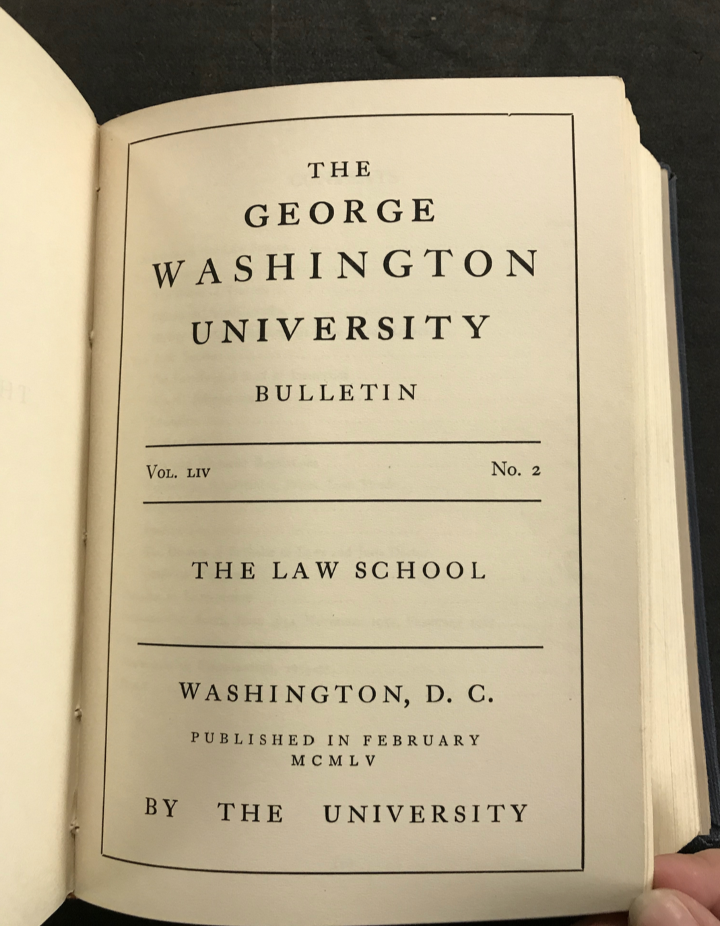 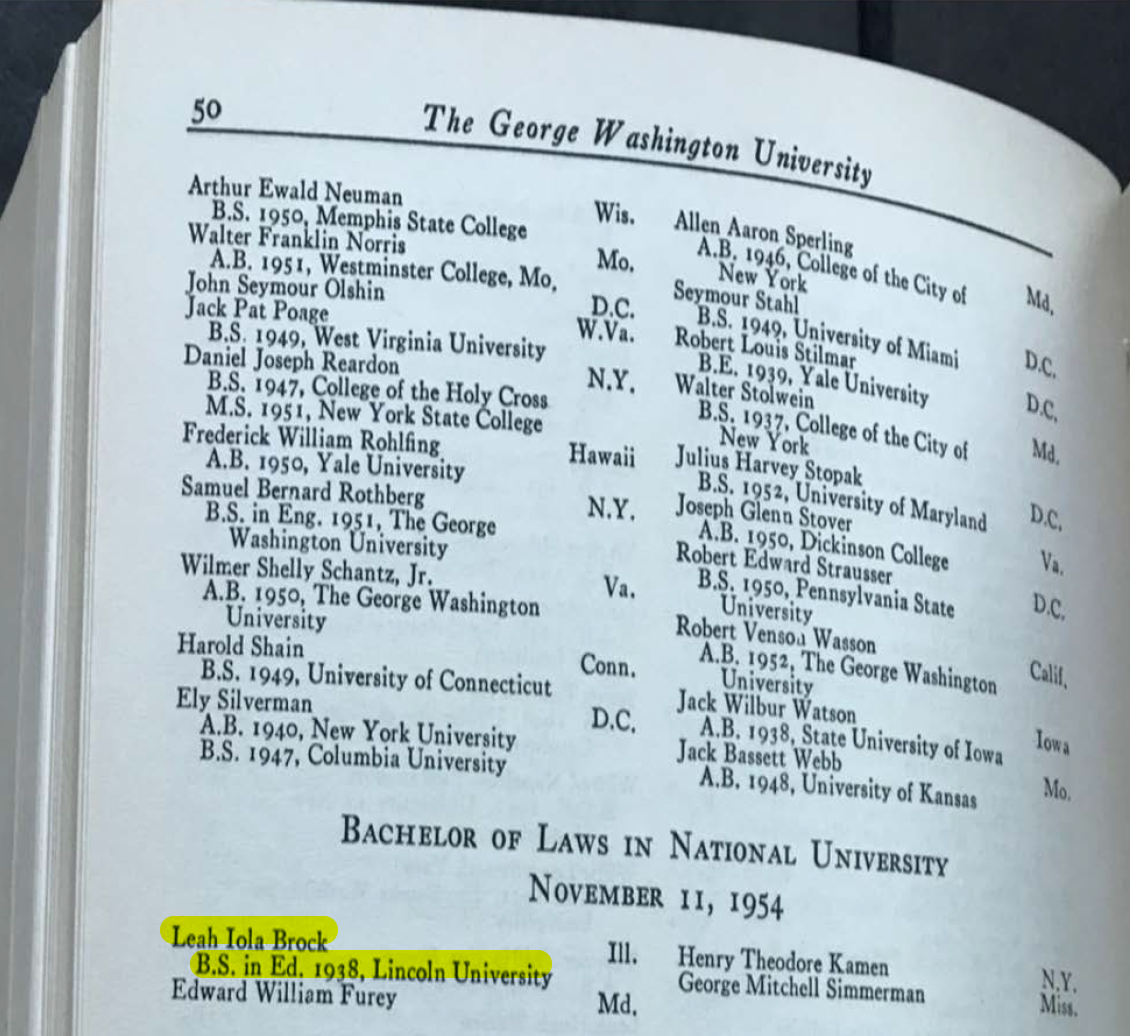 In 1959 she married the Reverend Victor A. McCartney. 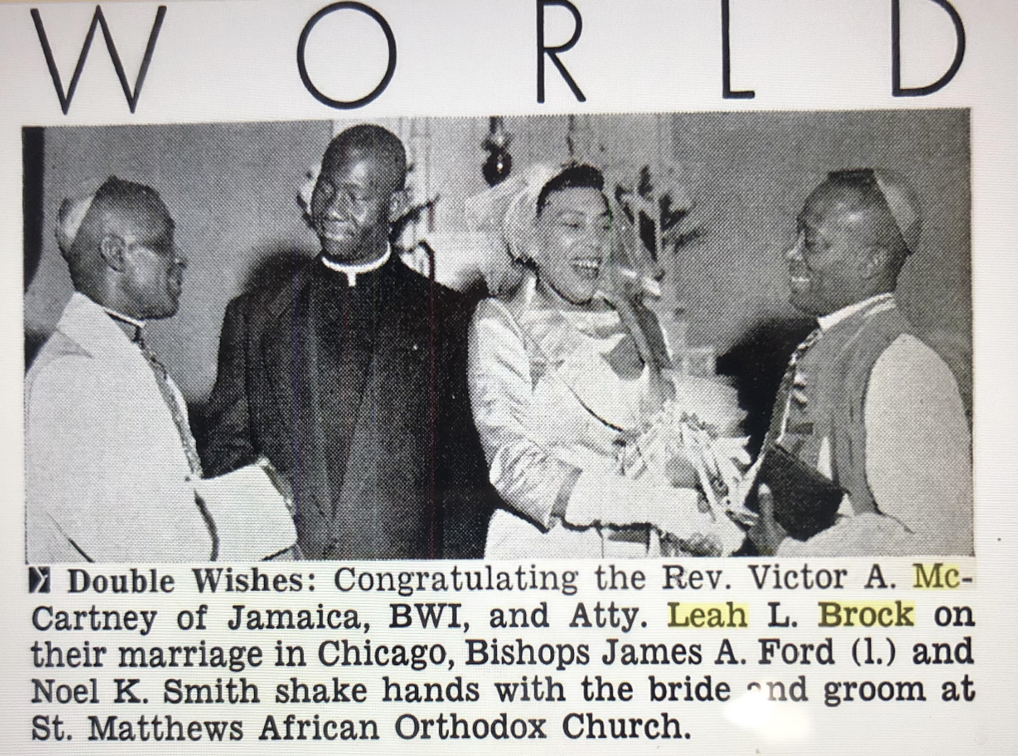 After earning her L.L.B., she embarked on an illustrious career in Missouri. She worked as a tax attorney with the Internal Revenue Service; an attorney-advisor for the Treasury Department; a director of the Legal Aid Society of St. Louis; a trustee of the University City Public Library; a law instructor at the University of Tulsa College of Law; and as a member of several boards and agencies of the United Methodist Church.

When the L.L.B. degree began to be phased out in the United States, law schools gave prior L.L.B. graduates the opportunity to exchange their degrees for the professional doctorate J.D. (Juris Doctor). In 1968, the Board of Trustees of the George Washington University voted in favor of this action for its L.L.B. graduates, including those who had graduated from the National University School of Law, which had merged into GW. Judge McCartney received her J.D. from the George Washington University in 1968.

Of note, Judge McCartney was the first woman municipal judge of record in the State of Missouri and first woman to sit on the bench by either appointment or election. In 1977, she was nominated and confirmed as first African American member of the Missouri Public Service Commission, and she served in this role until 1983.

In 1983, the Missouri State Senate passed a resolution in recognition of Judge McCartney’s service to the state of Missouri and her place in history as the first Black woman graduate of the George Washington University. Her husband, Reverend McCartney, shared with GW the Missouri resolution and other documentation regarding her history with GW to preserve in its archives.

"It’s inspiring to know that Judge McCartney paved the way for students like me at GW. We truly stand on the shoulders of giants like her." 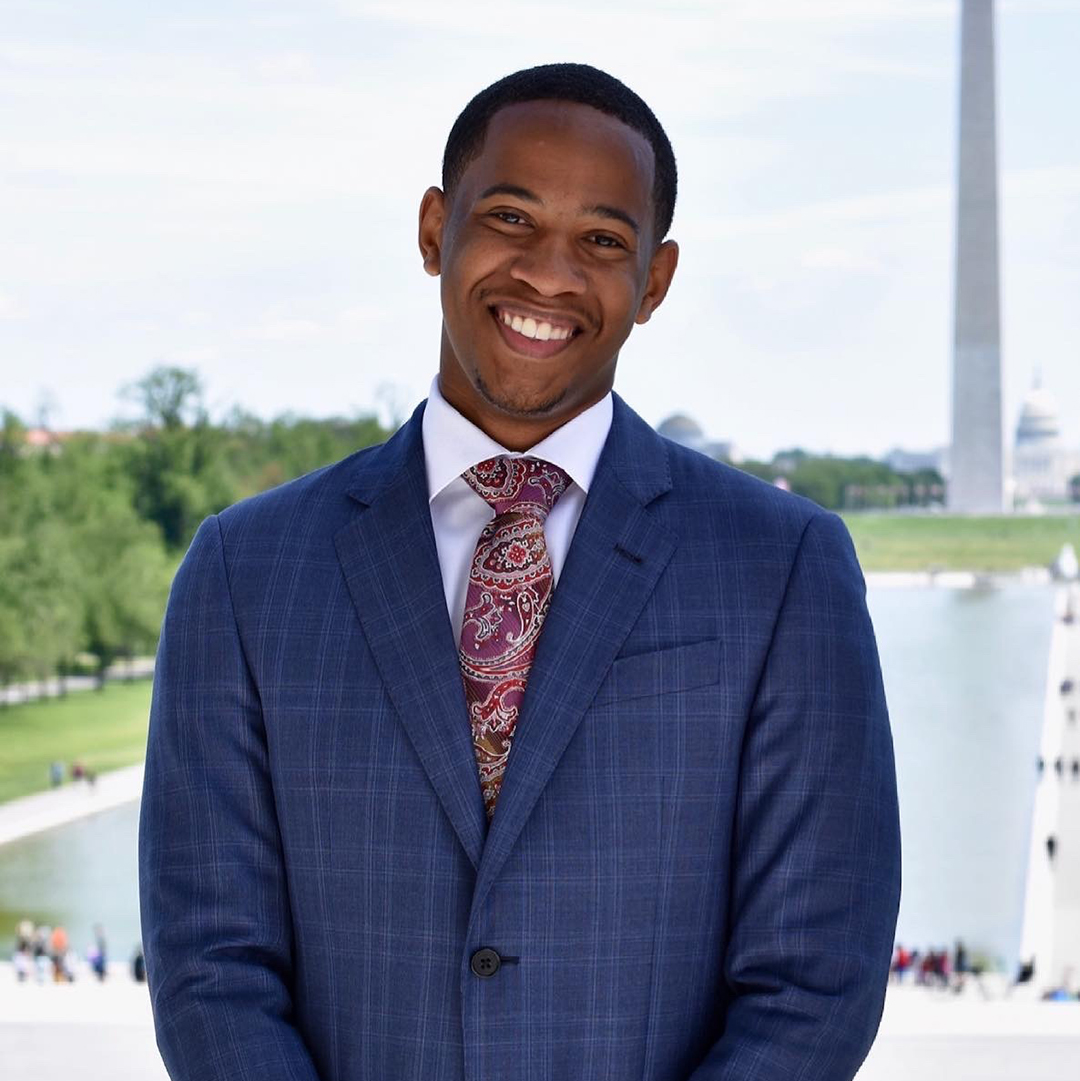 "As members of marginalized communities, we know what it’s like to be left out. When you walk by this mural on campus, whether you’re a Black woman or other races and identities, I hope it makes you feel like this is a place that shares your values. This is a place you want to be." 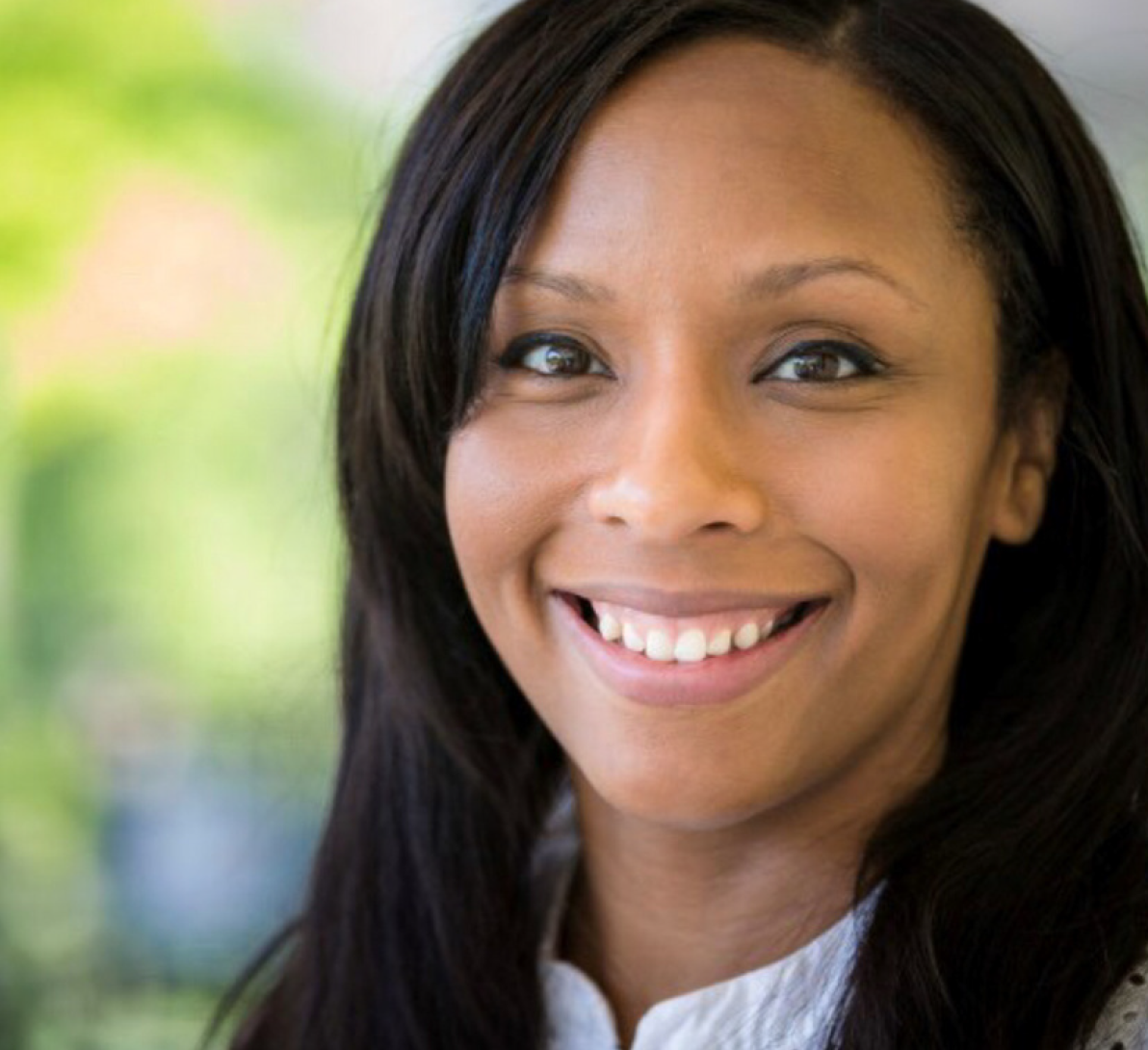 Chanel Compton was born in Bridgeport, Connecticut, and has had a love for art since she was a child. Today, she lives by the firm belief that public art is a powerful tool for community building and wellness. Compton completed a Bachelor of Fine Arts at Mason Gross School of the Arts at Rutgers University and a Master of Arts Management at American University.

As a public artist, she is inspired by African-American and Diasporic history and community life. Compton has led youth and community-based public art projects in Washington, D.C., Maryland, and throughout Brazil.

Compton lives and has a home art studio in Baltimore, Maryland, and serves as the Executive Director for the Maryland Commission on African American History and Culture and the Banneker-Douglass Museum.

Ms. Compton, noted for her passionate expression of Black experience and creative use of various materials to convey the ideas of strength and transformation amid historic oppression, captured the students’ idea in her design, A Seat at the Table: A Tribute to Leah Brock McCartney.

The stunning mosaic of ceramic tile and glass depicts its namesake and is rich with meaning — from the lemons reflecting the course name and project inspiration, to the quote that resonated with Haamid and Manning from the 1970s Black feminist organization called the Combahee River Collective: “If black women were free, it would mean everyone else is free, since our freedom would necessitate the destruction of all the systems of oppression.”

A true community project, Compton will work with other local artists and members of the GW community to craft each of the tiles needed for the design.

The installed mosaic will measure approximately 17 by 34 feet and adorn the eastern wall of Gelman Library, where it will be visible from H Street and Kogan Plaza in the heart of GW’s Foggy Bottom campus. 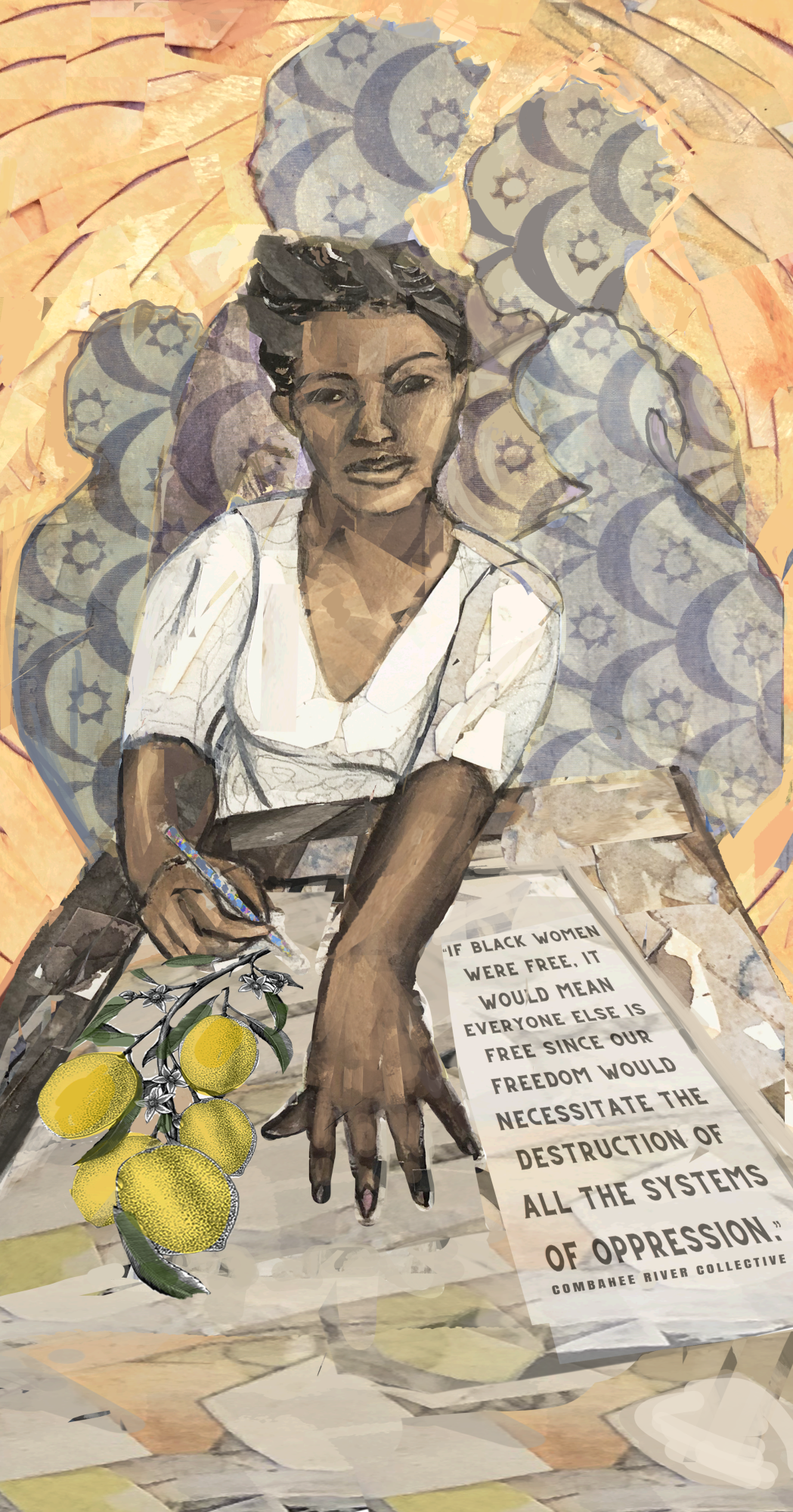 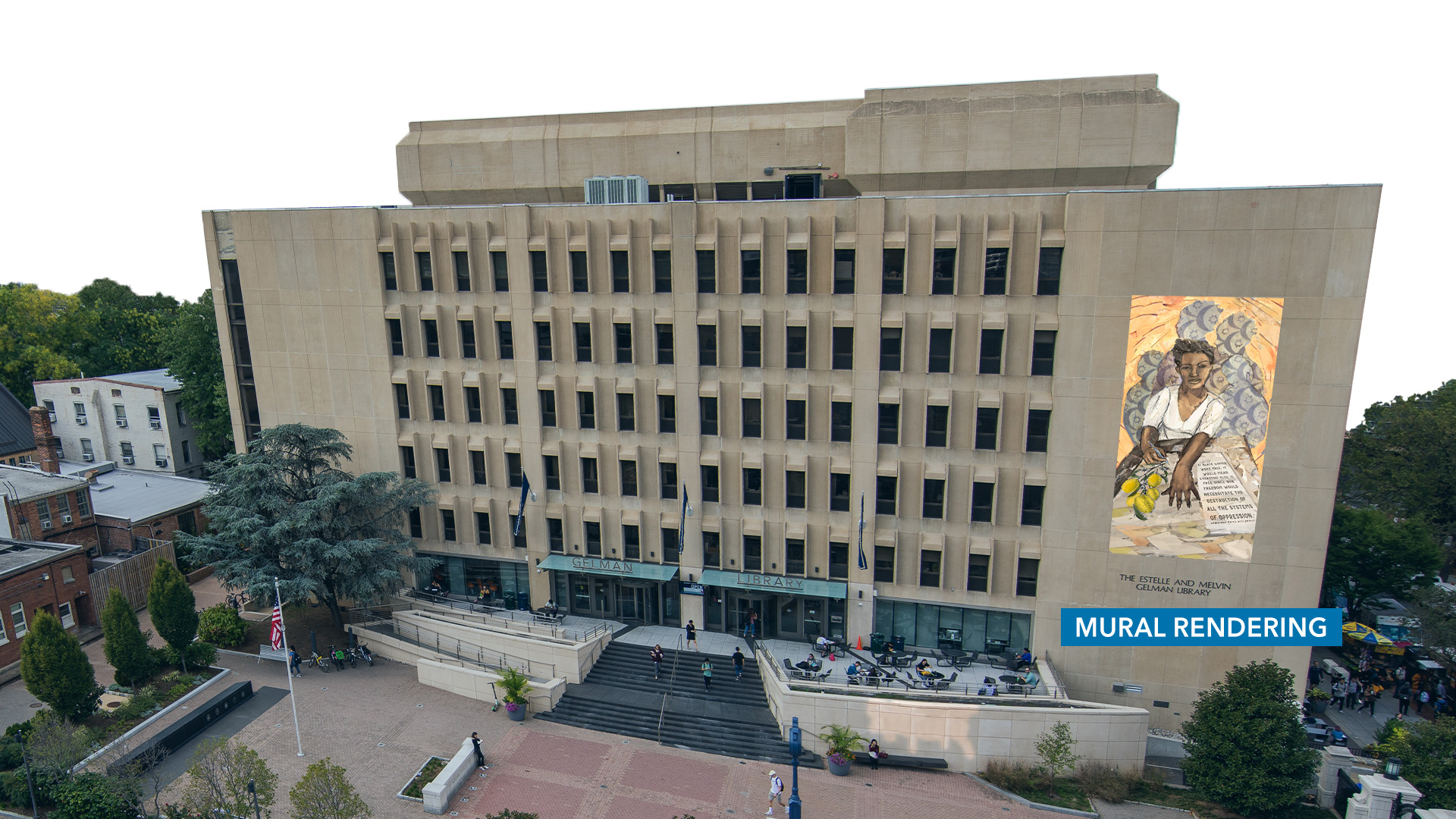