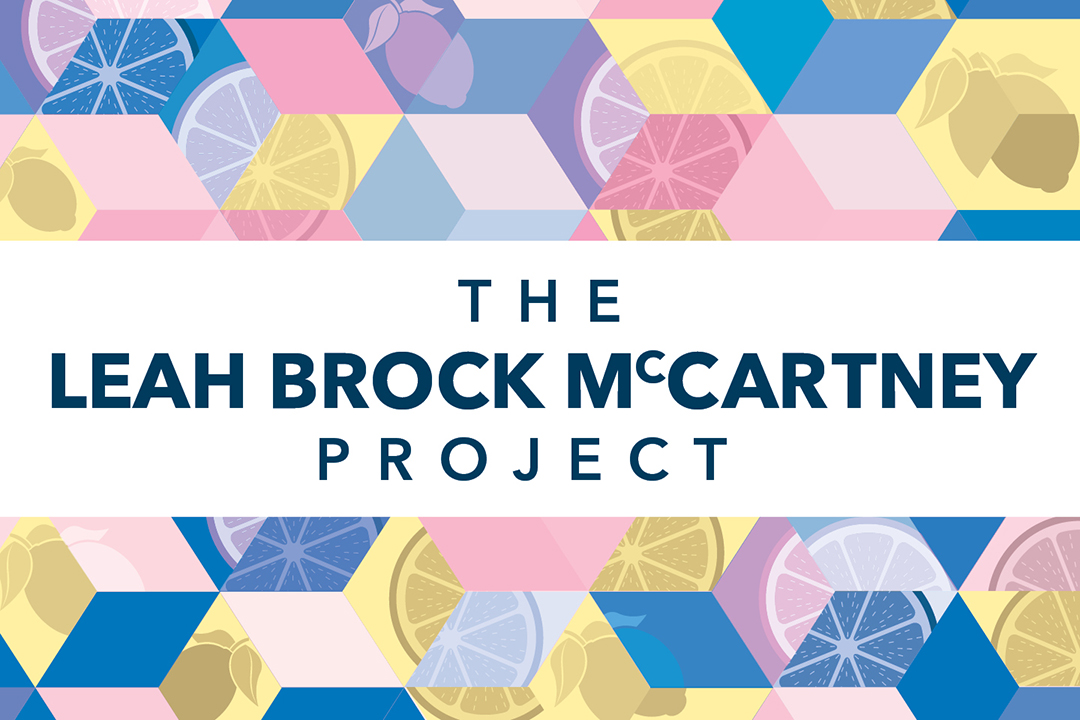 Inspired by the course, “Black Feminist Theory—Lemons Into Lemonade: Black Women in the U.S.,” taught by Dr. Jordan S. West, Owen Manning and Naseem Haamid, with the support of GW President Thomas LeBlanc, have created the Leah Brock McCartney Project to honor the first Black woman believed to have graduated from GW.

Through this initiative, a mural honoring Judge McCartney will be displayed on campus.  The project is seeking the support of the GW community to turn its vision into reality, providing a permanent space to honor Judge McCartney and the legacy of Black women at GW.

Born in 1911 in Ellisville, Mississippi, Leah Brock McCartney spent years as a teacher before enrolling at GW. She received an L.L.B. degree in 1954.  In 1968, she became the first Black woman to earn a law degree from GW, graduating with the highest grade point average in her third-year class, despite working full-time during her studies.

During her illustrious legal career, Judge McCartney was the first female municipal judge of record in Missouri, taught law at the University of Tulsa and became the first African-American to serve on the Missouri Public Service Commission.

"It’s inspiring to know that Judge McCartney paved the way for students like me at GW. We truly stand on the shoulders of giants like her."
Naseem Haamid, B.A. '21
Co-Creator

"As members of marginalized communities, we know what it’s like to be left out. When you walk by this mural on campus, whether you’re a Black woman or other races and identities, I hope it makes you feel like this is a place that shares your values. This is a place where you want to be. "
Owen Manning, B.B.A., '21
Co-Creator

GW course introduces creators to the life and legacy of Leah Brock McCartney.

Creators begin fundraising and formally announce the project, with a significant amount of donations and commitments already received.

Stay tuned for more updates in the coming weeks and months.

The university will provide updates as the project progresses via this website, through GW Today and university newsletters.